What's a normally busy but all alone for one more night Momma do in HotLanta?
Shop of course.

I had already hit the usual- Marshall's, TJMaxx, Target and then moved on to the mall near my hotel.

But I knew there was a fancy schmancy mall near me and it was calling my name.
Not really, I was just curious.

Remember your Momma telling you "curiosity killed the cat"--- me too.

After class I set the GPS for Phipps Plaza and my adventure began.  Seriously.  Traffic in Atlanta is CRAZY so driving and surviving is a feat.

P3- the entrance where I parked with not much detail on where I'd be when I got off the elevator.  I put on my big girl panties (meaning I was brave) and chose M2.

I wonder if anyone noticed my mouth hanging open when I stepped off the elevator in front of Saks Fifth Avenue.  I was a bit overwhelmed trying to figure out which direction to walk.  As I love to do, I just kept taking another step, and another and walked in circles for about 20 minutes.  I wanted to go in Gucci and Versace but was intimidated.  The Paul Blart mall cops on the scooters didn't help.  I was drowning in the unfamiliar when I saw it. 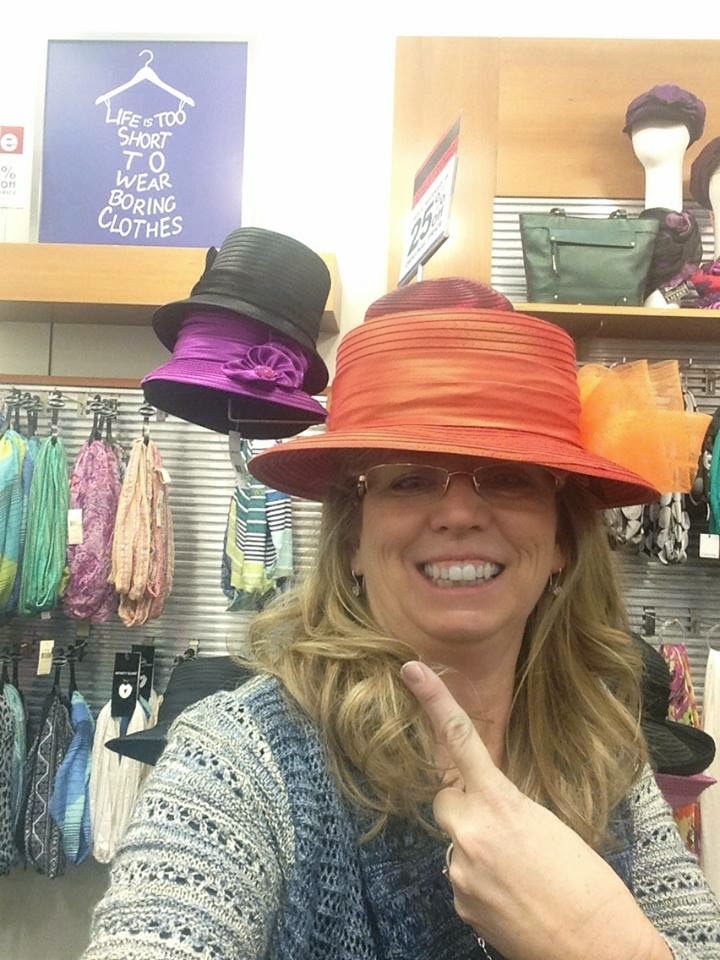 I think they call it an epiphany.
I'm in this huge awesome mall and scared to walk into the stores.

so i decided to find some "not boring" clothes.

I decided to play.

I quickly learned that you don't just "try on" the fancy clothes- so how fortunate that Flora D. had time to immediately become my personal shopper and stylist.  For real- I have her cell number now.

I knew I wasn't in Kansas anymore, when she started walking me through the store picking out and refusing to pick up clothes.

"I don't like the wrap for you" she said. "It's not flattering on you- you know through here" she said waving her hand across her stomach area.  Instead of getting mad, I started giggling.  This stranger is telling me like it is, and in a weird sort of way I kind of liked it.  I could believe her.

After I made a few comments about how "tiny" the dresses I liked were and my unfortunate run in with the mannequin- we were off to the dressing room. Just me, not the mannequin.

I was expecting the usual number and privacy- but nope.  Not here.

I guess this is where the stylist comes in.  After finding me some sassy black  heels to try on with my clothes (apparently barefoot or my flats is unacceptable) she left me with the mini stage, platform and mirrored walls.

I tried on several things and she checked in on me between each one.  I was recovering from the wrap comment and found one I kind of liked- enough so that I sent Rex a flirty picture..

I might have been strutting across the stage, uh runway, uh platform like a super model when my new nothing but honest stylist checked in on me and asked the question.

"Are you wearing foundation" she asked.
WHUUT.

I glanced in one of the many mirrors-  yes, I've got my makeup on- I thought, and just before saying it out loud it hit me.  She ain't talking about make-up.

No, not today, I answered.

"Well, that's another thing to take care of" she replied.  It's a good think I didn't have a Diet Coke with me or I might have spit it all over her.

I'm not a foundation but more of a let it be free kind of gal.

She brought in some accordion skirts that even fitting perfectly I refused to show her- I was skeered she might sell them to me.  Then, she brought in the little black dress. 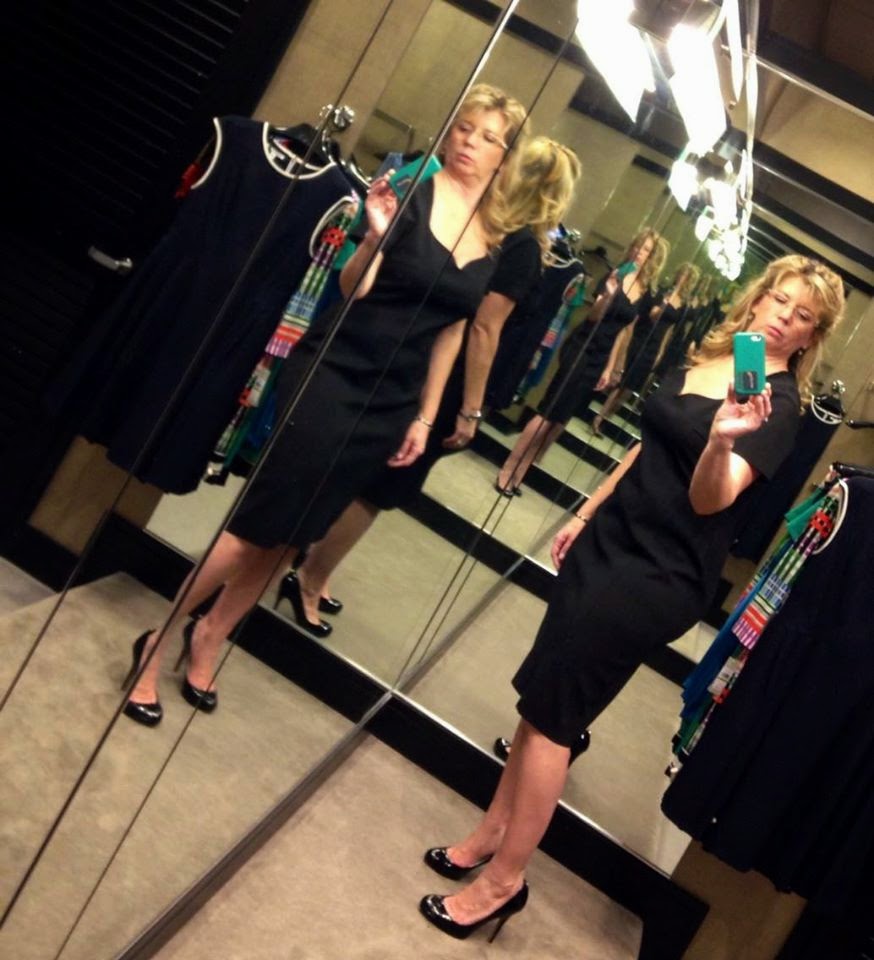 And it fit.  And it felt good.  And it didn't hold my lack of foundation against me.  And my stylist  ooooed and aaaaahed and went on and on about how it fit nicely and was sleek and I even think she mentioned the "s" word (sexxy) and I was thinking I would purchase this baby and take her home. 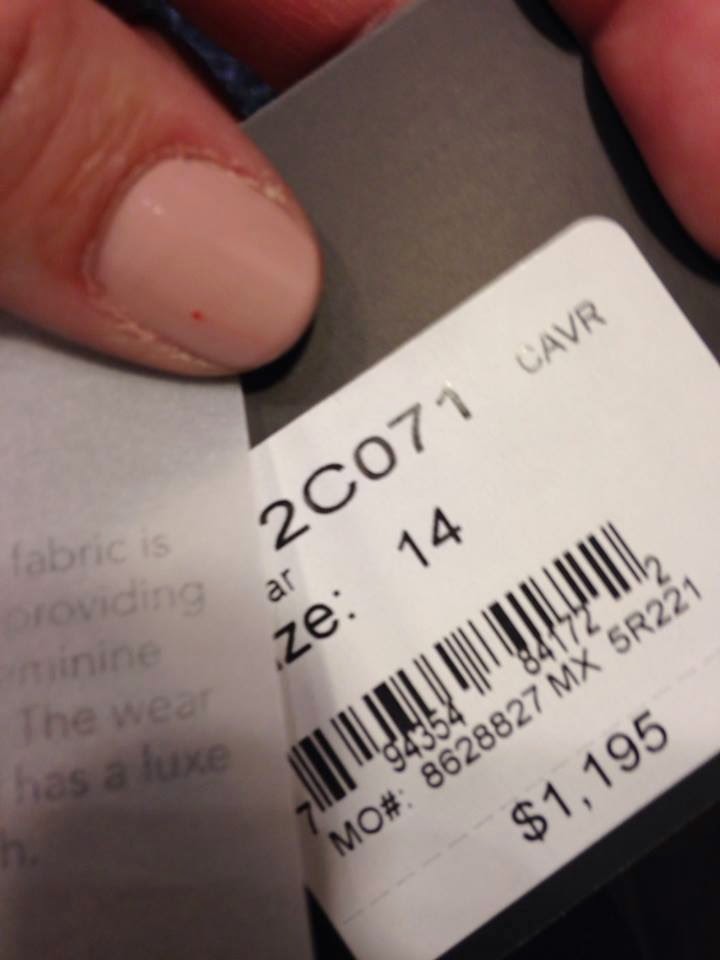 So I did what we women who can't wear wrap dresses because of our "middle" sections that can't be contained with foundation. 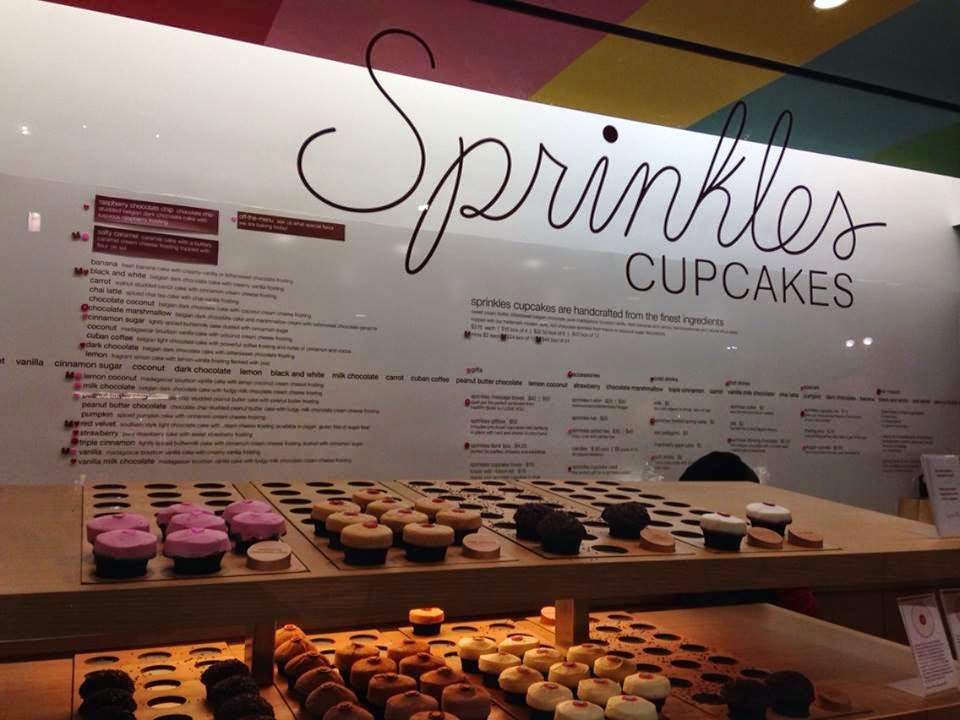 I bought cupcakes.  Yes, that's right, not one but two.

P.S.  No, I wasn't offended or mad.  I am content with my body because it's who I am today and is what it is because I've lived life- birthing babies and major surgeries and age have made me into who I am and I wouldn't go back to the 115 lb skinny girl who graduated high school decades ago and could've worn the wrap.  I believe when God tells me I'm fearfully and wonderfully made it wasn't just for when I was a newborn but the woman I'm made into as I strive to be more like Him.
at 11:58 PM