We all have them.
Game Faces.

I'm supposed to be at his 3rd Grade graduation right now.  Being in the school office this morning and seeing the parents bring balloons and smiles to celebrate with their nine year old while I was getting his belongings in a Kroger bag, hearing the muffled sound of the school nurse remind me what a great kid he is--- I lost my game face. 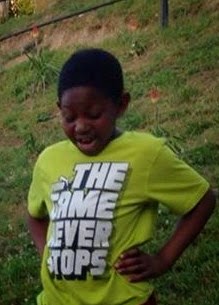 Coaches of my own and of my boys tell their team- get your game face on.  Serious-don't mess with me faces to stand off the opponent.  Don't let them see your emotion or fear face.
Now, get in there and Win!

Elijah has a game face.  So do you.  We're just all in different games.  Whether it's going through divorce, learning how to live as a widower, avoiding conflict thinking it hurts less to walk away, forced to change jobs, addiction, taking on new responsibility, caring for aging parents,  or just being a parent----we all have our game face.

I got my game face back last Tuesday- I pulled it out and replaced my Momma face when I wrestled him on the front porch while he screamed leave me alone.  I screamed back I will never leave you alone.  I scored some points that quarter when he finally stopped resisting and with tears streaming said to me, "I just wanted to cuddle".  We're working on using our words- it would've been so much easier than the strained muscles in my back and wrists.

I've kept my game face while the school calls rolled in and he rolled over everybody in the family.  And tho Rex and I said we'd never let him go back for inpatient psychiatric care- I kept my game face on Monday when failed attempts at in-home crisis intervention led us back to the Emergency Department after several long exhausting quarters of parenting this child. 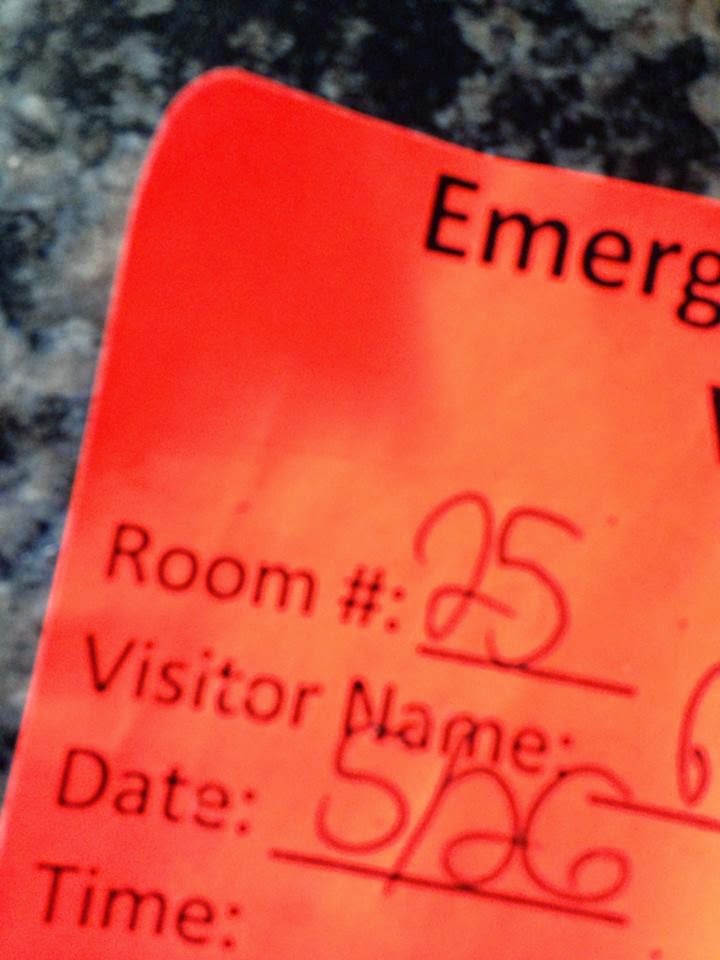 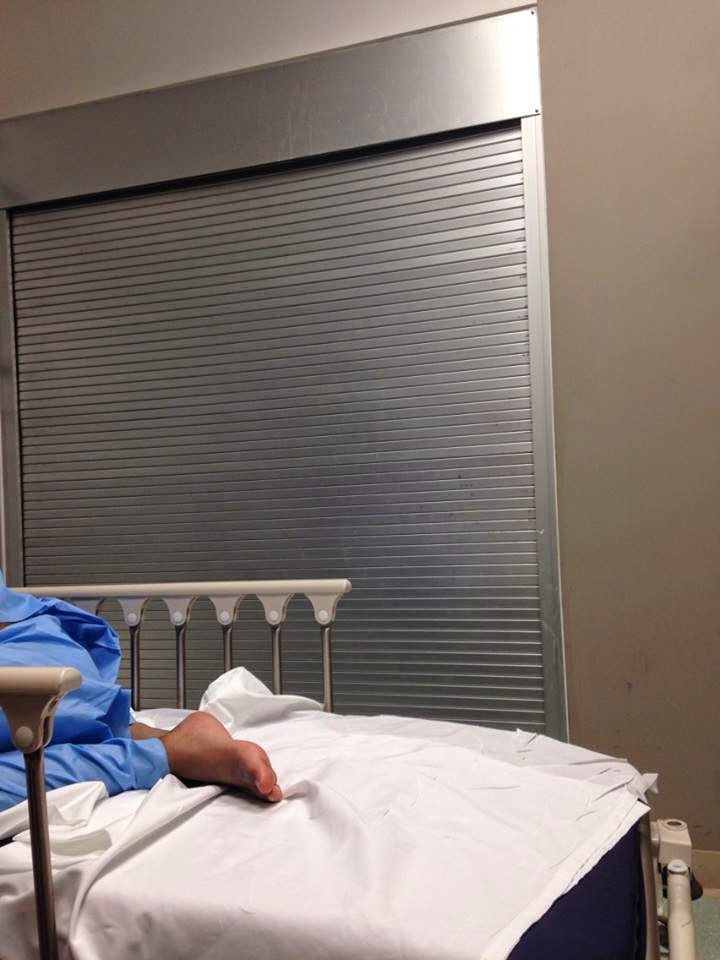 And much like the prepping for the rival team in high school, we knew the game would be tough when the court was assigned to room 25- where the injuries are invisible and the TVs are locked up and the referee stands guard.

We're all in a game.  And the thing is, there are no substitutes.  Sometimes it's a team of one.  Or two. Sometimes we get an entire family to be on our team but it's just our team in the game. We can't tap out or tag somebody to hand off our kids or our situations to- they aren't trained.

God trains us each for our own games and when we think we'll pass out from exhaustion, He calls a time- out for us to catch our breath. 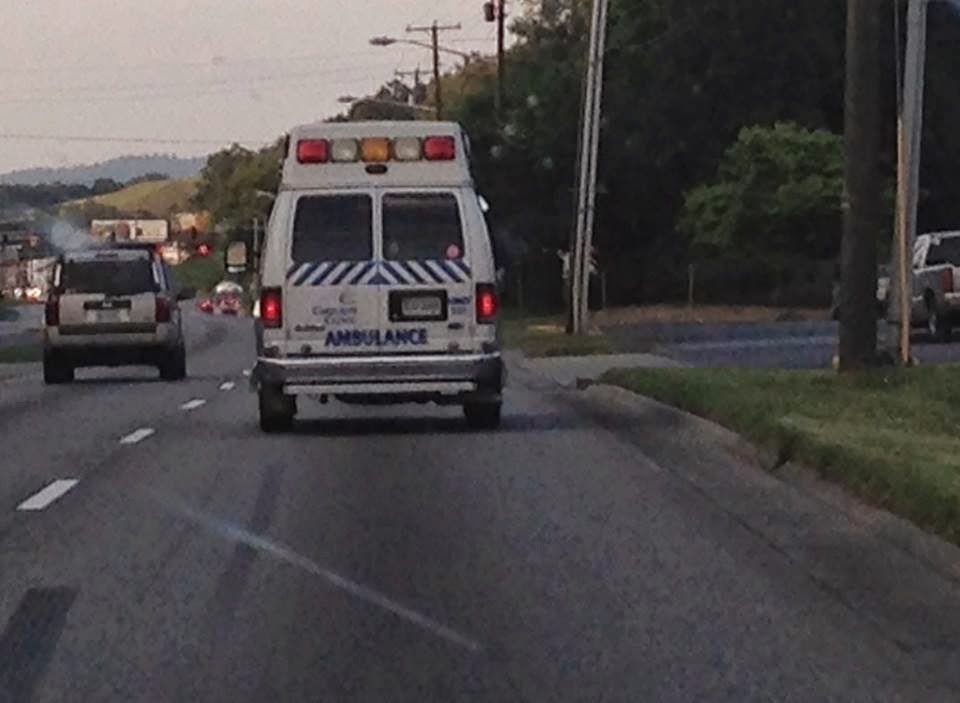 Even if it's just for an hour while you follow the "this is cool" transportation for your son to a place you really don't want him to go.

I wonder if the nurse and intake staff think we don't care as we sit and sign papers for hours and re-tell again the events that have led us to this part of the game.  We sit at that table with our stomachs tight as drums and the draining emotion reminds me of the rubber legs after running stairs and doing squats during ball practice when we prepared for that big rival game.  Rex helps him pick his menu for the next day and I sign papers with words on them that stop my heart briefly to think about- with our game faces so he doesn't see our fear. He has to know we'll win.

And we leave him there.  And it feels like we lost.

I keep my game face on so I can be a good teammate for my husband who's had enough of this game and is aching deep - he rips his game face off to be the real human man who loves deep and hard for this boy who rivals him.

The next day comes and I refuse to take my game face off because it keeps me strong and focused when I go to the office and then later drive the four hours down and back to pick up the little brother in NC.  He was there with his Aunt Nae because we knew last week this game was going into overtime and he wasn't prepared and doesn't understand how it's played.  He cries and fears his brother is gone again forever and I tell him it will be okay, with my game face because in my heart I'm not sure.

And it was all good until I walked into the school today.  And while the staff is reminding me how sweet my boy is and they are sad he is missing these fun days I can feel my game face fall to the floor, loosened by tears - and I'm ticked because I didn't want to cry - especially standing in the school office. It's not the first time I've stood in a school office and cried.  What's up with that?

While I sit here pounding out feelings with the keyboard his teacher calls me and tells me she recognized my son and his four awards this morning even in his absence because he worked hard and earned them and she misses him and wished he was there.  And I do too.  I want so badly for my son to experience the fun and the good things-  the victory of the win that seem instead to drive him to a place we still don't understand.

Game faces aren't bad.  There is a time and a place for them- like the hockey masks and football helmets that protect from serious injuries- as long as we don't forget to take them off and be people, not just players of the game.

Y'all, I know we're not the only ones in a game- when do you put your game face on? I hope you'll be a people and not just a player and share with me here--- we can't substitute for each other but we can sure cheer each other on to victory!

Happy Wednesday and playing y'all!