The Giant Who Wore No Shoes.

We recently watched the 60 Minutes interview with Senator Creigh Deeds. My heart ached as I watched him describe the frustration with the mental health care crisis for youth in America- in Virginia.  I identified with him on some level because our own son, at age six began describing his plan for killing himself. After evaluation, it was clear he needed professional help and we learned personally about the crisis.  Initially being told it would be at least six months for our son to get an appointment with a local psychiatrist and then being referred to UVA Pediatric Psychiatry because we didn't have six months, only to wait nearly two years before UVA responded to the book of faxed information and our request for urgent services that I had sent the same day I contacted them regarding my suicidal Kindergartner.  I identified because in September, for the third time we had contacted CONNECT about our out of control child, we were told that there were no beds in Roanoke for pediatric psych care available.

This little boy, who has struggled since we met him, becomes a giant when enraged. This giant takes up all the space in the room.  He hogs the air and uses up all the energy of our entire family.  The giant is growing bigger and stronger and scarier.

So we, his parents who chose to love and adore him, did the hardest thing of our lives.  After spending more than 15 hours in the Emergency Department waiting for one of the precious and few beds for pediatric psych care in Roanoke, we admitted our little giant for inpatient care.

And the sun came up and our world felt dark and cold and sad.

Words describing things that we were told during admission is rarely ever needed like restraints and lithium are his new reality. The most precious hour of our day is now visitation, 5:30 - 6:30 Monday - Friday and 3:00 - 4:00 on Saturday and Sunday. And that hour and the other 23 we are numb.  And sad.  And exhausted.  And trying to make sense of what doesn't and explain that to his little brother who fears he will never come home.

And desperately praying that this giant, who must now earn his shoes shrinks back to an eight year old little boy who can trust the people who love him, actually feel that love and move past the demons of his past who whisper hopelessness and lies into his ear. 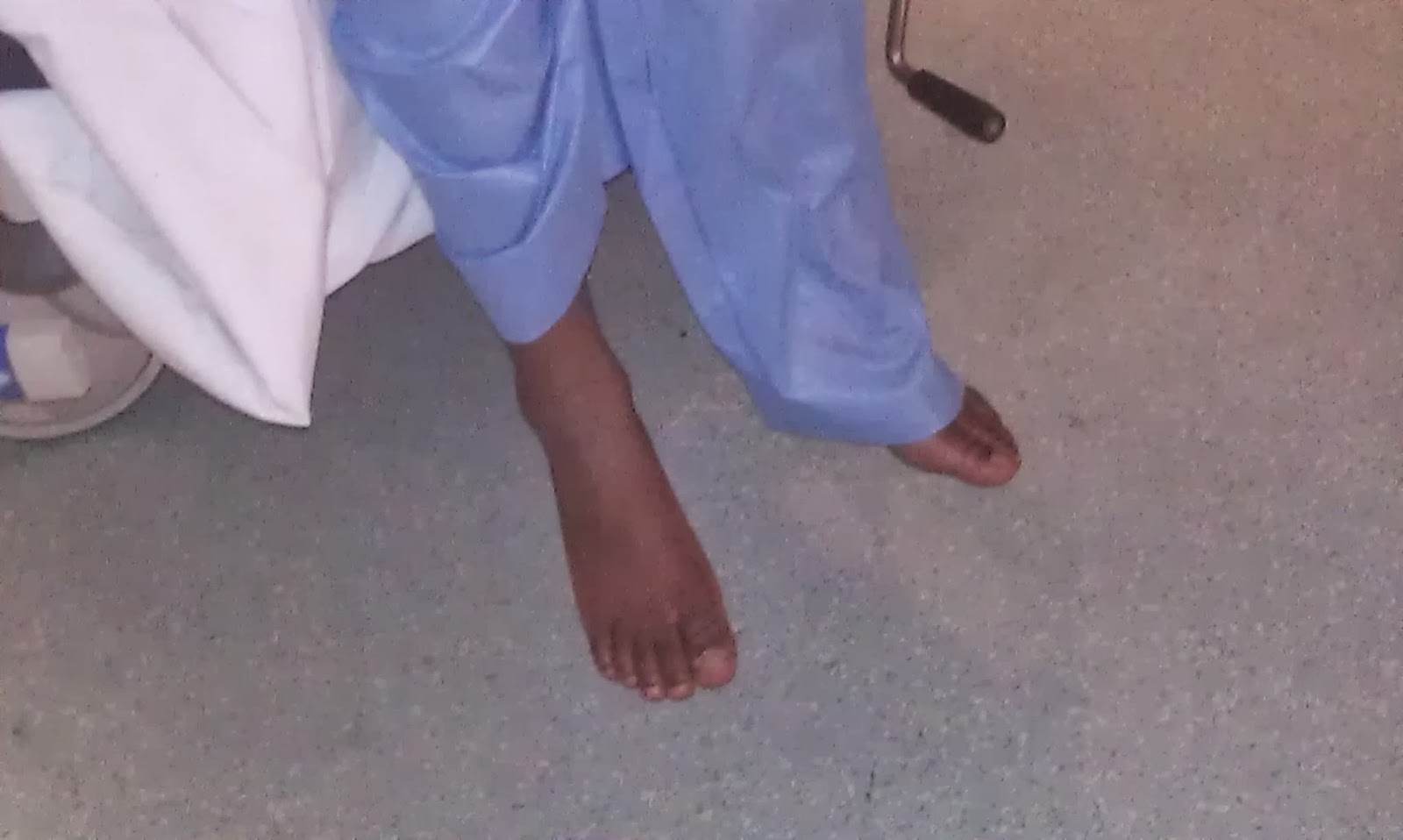 And in our hope, we know there are no guarantees.  Because sometimes when our kids hate and threat it's more than angry words they don't really mean... just ask Senator Deeds.

Asking for your prayers on this not so happy Saturday y'all!