On Apple Pickin' and Pie!

We have a tradition 'round this time of year.  Apple Pickin.

It started when the little guys had been with us for about a year - they were both still in strollers when we started.  This is our 5th year.  Where? you ask.
Nichols Farm --otherwise known as the Apple Barn.

The first year we went they had a big festival- pumpkins, hot cider, homemade apple butter, music, hay rides.  It was so much fun we were hooked.  The next year we were a  little disappointed to find that due to family illness, the festival was dwindling, but the pick-your-own apples remains unchanged and is still a favorite for us.

My kids love it because they have both freedom and control.  They pick what they want.  Eat what they want.  Climb where they want.  Carry their own apples (DON"T get them mixed up, and yes- they know who picked which apple).  They play, and fight, and taste-test.  They giggle. They discard the imperfect.

Rex and I pick too, but mostly we just watch, listen and enjoy.
This has become one of my favorite days of the year. 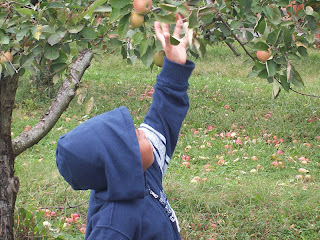 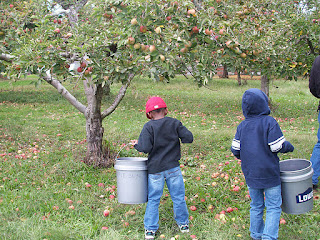 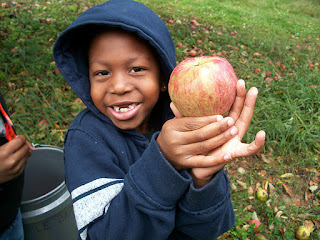 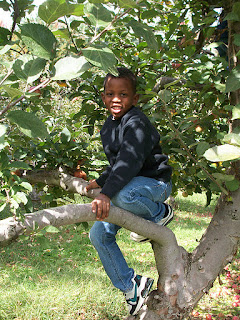 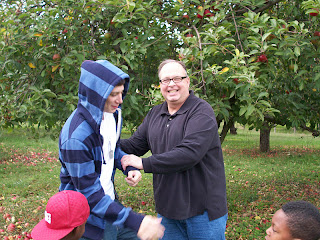 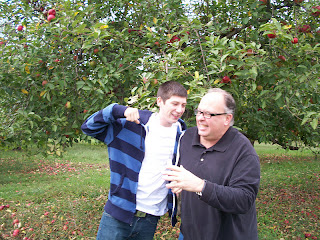 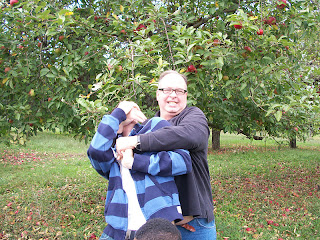 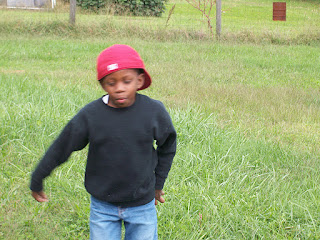 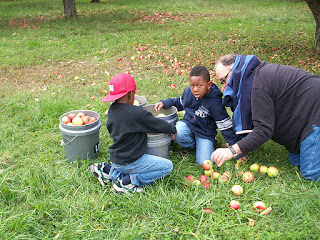 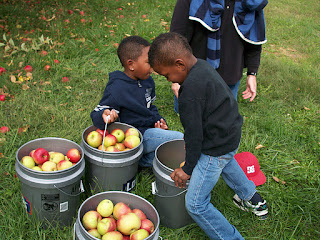 You give a lot away, and then you make pie.

My recipe is really fancy.  So fancy, I don't know where it came from.  So fancy, it is written on a yellow post-it note: