Don't tell Shayne, but we had a mom-son date this morning.

I was off from work so we had some 1:1 time today.  We started with breakfast at Subway.  I really wanted bacon and eggs and pancakes and a mocha frappe from McDonald's, but Subway has all those veggies that are zero WW points.  :)

In addition to the egg white and tomato flat bread sandwich (yum?) I ate up every single eye-to-eye glance.  I sipped on coffee and drank in every word he had to say.   I enjoyed just being-with him.

I am so proud of him.  I try to remember to tell him, again- so he will believe me.
He asked me why.  And, while I could list a hundred ways, I just name a few:

he thinks long-term
he is compassionate
he is funny and fun to be with
most days, he is wise beyond his years
he works hard
he is who he is, and doesn't care what the world thinks of him
he loves his brothers- even tho' they irritate the snot out of him
and, isn't he just the cutest guy ever? 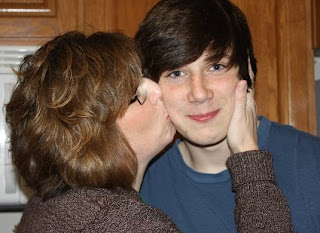 We talked about important things.  Things from the past, that have shaped him into the man he is becoming.  Things to come.  His dreams and aspirations. We talk about the Military.  I've known,  since he was 6, that I should probably start preparing my heart.  He would dress up in his camo, grab his BB gun and exclaim, "I'm going to die for my country some day."  Every time, I immediately correct him "you're going to serve your country."

I have fears.  He is fearless.

We talk about his brothers.  I confess my failures in giving him equal time. He tells me he doesn't need attention.  I know he does.   I ask him what is most different for him since adopting two little brothers- "our house isn't peaceful anymore."  To that, I can't argue.

I try to remember the last time we talked without interruption for an hour or more. It was sweet. It was peaceful.

We leave Subway and he chauffeured me to the salon.  His haircut, not mine.  He asks my opinion- I enjoy being invited into his decisions.

I know just how precious these moments are.  This thing, my baby transforming into a man is happening way to fast.

I know I am blessed.

Last stop is dropping him off at the church- he's headed to the woods to shoot with his hunting buddy.

Thanks Shayne for a great morning- I love you to the moon and stars and back- AGAIN. 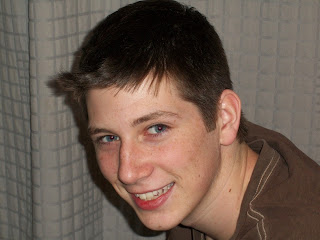