You can't pick your family- or can you?

I'm sure you've heard the saying "you can pick your friends, but you can't pick your family"  I've been thinking about that alot lately- especially when my little ones get frustrated, and retort to my commands with "I want a new family."  Before you start judging us, and listing all the ways you would correct them and stop that disrespectful behavior, try to walk a mile, so to say, in their shoes.

They were so young when we picked them up from the social worker at the hospital, we naively assumed we wouldn't have to deal with any of the "demons" of their past, I mean really, how much could they remember?

Last year, November 21 our adoption was final. We became forever family.  We picked them to be ours, after a 3 year labor!  A month later their sister who some of you know, because she also lived with us for a while, was also adopted.  That was great news too, but we were still heavy hearted.

When I picked Elijah & Isaiah  up from the hospital, their "momma" was there too- she was 8 years old.  She wasn't really their momma, but in their eyes she played that role.  She had been their caregiver on multiple occasions- left alone in their apt. to care for them.  We got them on a Monday afternoon, she had been caring for them since Friday- with no adult supervision.  She cradled Isaiah in her arms and stared me down as I began to cuddle and love on Elijah.  She was brave, and loving. She was the one who could tell me details that a mom needed to know- like which formula Isaiah took - (the can with purple on it.) Foster care was not new to her, she had been there before and knew exactly what it meant.   Still she did the right thing, and in return took all the blame.

In November 2009, while we were celebrating the end of a long journey, hers was beginning anew.  She was now "free" to find a forever family; but there wasn't one.  Oh, we considered it, but knew that it was not the best thing.  So, we prayed.  We checked on her.  We sent pictures of her brothers.  We knew she worried about them and asked about them.  Adoption scared her- and she reacted like most kids do.  She tested.

Fast forward to November 20, 2010, National Adoption Day!  We had already planned to join in the celebration- we want our boys to remember how special that day is for our family and it was the 1st Anniversary of their adoptions.   But, the day took on a new excitement when we were asked to surprise their sister, and join them for her adoption!

Rex and I were so happy for her.  We understand the love required of her new mom and dad to accept her, just as she is.  We understand what they are promising to do- because we understand what her past is.  We also understood that by walking into that courtroom, we were about to open a door.  A door that once opened cannot be closed, at least not without consequence.  And, our boys are still struggling daily with their own grief and memories and demons.  Just explaining why she had a different first name and last name was a task.  But we believed it would be worth the risk.

We expected Elijah to recognize her and understand who she is- but didn't expect the reaction Isaiah had.  Connections. 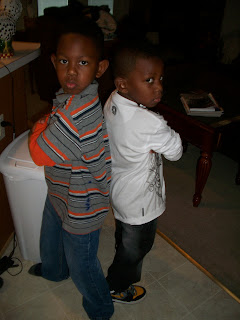 They got their attitude together, and off we went.

It had been more than 2 years since we had seen her. We made her a little gift- with lots of photos. 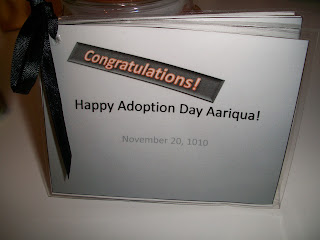 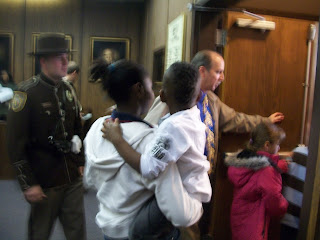 Isaiah took right to her- "my sister" and made sure he knew where she was the rest of the day. 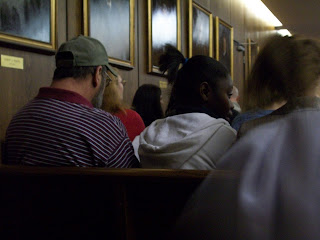 Waiting for the judge to come in, I noticed she was crying.  I was told that was only the second time in years.  Had we made the right choice? 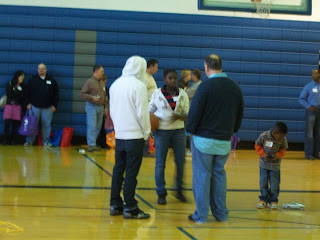 She lit up- and we all enjoyed talking to her and getting to know her.  She played football last year, and wrestled.  She will be 13 in January.  She, like her brothers is very bright. 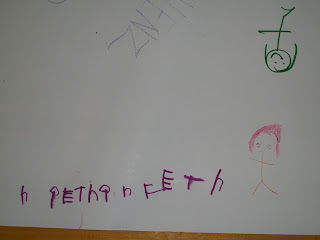 Isaiah drew me.. and wrote "your the best mom ever" (his words, not mine- and might I add I am so glad he drew me skinny) 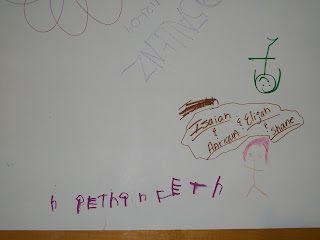 about 30 minutes later, I found an added note- from Aariqua.  It made me smile, and cry. 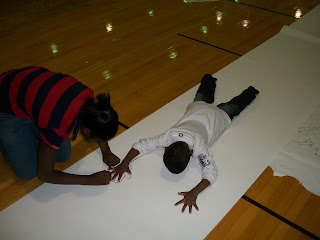 Isaiah would say.. "I need to check on my sister" and off he'd go find her.
She drew him- he loved it.  She is in advanced art.  Isaiah loves to draw.  Connections.


We played and ate lunch, and laughed.  I watched her chase her brothers, and whisper "I love you" to them, when she would catch them. 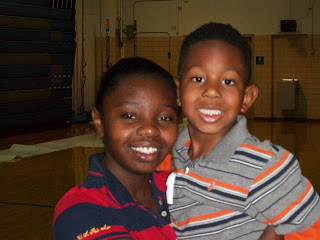 I had never seen her smile so brightly.

Then, we had to say goodbye. 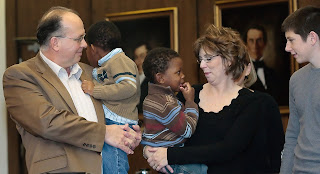